So, when I realized that in the scheme of things, in the scope and sequence of things, in the Great Design and Master Plan of things what time it was, well just imagine! I was both dismayed at not having known what I should have known, what I should have understood from the beginning, what I had never been told–yet which every sign had made so abundantly clear whenever I had kept all three eyes open: it was the the beginning again. It was the first year.

I sat for a while not knowing, and trying to feel. Knowing and trying not to feel. Feeling and wanting and not wanting to know what I now knew and must be responsible for. I felt the unction, the vibration: “work while it is day, for when the night cometh no man can work.” I heard The Voice: “What will ye?”

What will I, indeed, I thought! What will I and what won’t I? I remembered that “whatsoever a man soweth, that shall he also reap.” And I looked down at remains of the harvest in front of me, of which I was still partaking. And this being the first year in the cycle, I made some decisions about what I would sow this Time. And I looked inward, both sad that I had found out late and yet relieved that it was not too late to sow something I could look forward to reaping.

So, there it is. The word I’ve always dreaded.

My psychiatrist went ahead and prescribed it a little more than a week ago. I guess it seems like the Lamictal is not really stabilizing my moods anymore. I am ashamed of how I have become this aggressive beast whom I don’t recognize. I hate the way I lash out. I can’t stand how angry I stay. And then I want to cry…I think. Yet no tears come. I feel numb. And I want to do something (ANYthing) to make myself feel like I have a pulse. I feel like a walking dead person.

And then there a 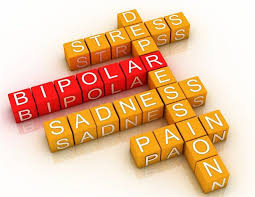 re the feelings that are the non-negotiables as far as any psychiatrist worth his salt is concerned. The feelings that “one would be better off dead.” Ugh. Do I have a plan to harm myself or kill myself, well heck no!! It’s just that feeling of wishing I didn’t have to wake up for quite a number of days. Doesn’t anyone understand that??

I function. I go to work daily. I take care of my physical appearance. I still have a decent filter that keeps me from saying all the horrible stuff that comes to my mind. But I admit that I seem to hate people more. Not REAL hate, you know. Just the feeling of being fed up with most human beings. I mostly don’t want to be bothered. I mostly want to go home after work and wrap myself up in a blanket like a fajita or a big, fat burrito and read a book or watch some Netflix. I wouldn’t mind talking on the phone…but my husband does not approve of my best friend, so that’s out. And I no longer need a phone to talk to my sister since, thankfully, our families now live together.

The good news is that I no longer succumb to the insane shopping sprees that I used to years ago when I was first diagnosed. Whew! Or, at least I mostly don’t. Or, even if I splurge, I don’t spend what I can’t somehow recover. Or, like even if I spend 2 or 3 hundred dollars, it’s not like I spend money that is needed for a bill or something.

The other good news is that I don’t have those voices compelling me to do ridiculous stuff. Or at least even if I DO think crazy stuff, I KNOW it’s crazy and I don’t follow through on it. That should count for something. I guess I’m saying that I don’t have any extra diagnoses like paranoid schizophrenia. So, that’s good.

So why am I writing about this? Because even though this lithium stuff is going to help me with the depression and with the panic attacks and all…it’s not helping yet. I know it’s only been a little more than a week and I am still in the building up phase. I haven’t even been prescribed a full dosage, which I’m glad about since even with such a small amount in my system, I’m going around like a walking zombie. It’s crazy how you can still (almost) function normally, just at a very sloooooowwwww pace. I just feel sleepy and agitated that I can’t spend the day sleeping.

So, no it’s not really helping some of the impulsiveness. I know that I just finished saying that I don’t follow through on the crazy stuff. Yet twice on last week I did something unthinkable and I remember the moment in each situation where the “snap” occurred. It was like I knew both times that I had unexpectedly found myself in an enviable (yet integrity-compromising) situation. I was going to do the right thing, I think. Or at least I was telling myself that I w
ould. I want to think that I would have followed through on the right path, if it hadn’t been for that break. That MOMENT, you know. Sometimes you don’t even recognize the split second that it happens. BUT I DID. I specifically remember making a conscious decision to do what I should not.

And I did. I did what should have remained in the land of ugly possibility. And now it cannot be undone. And I don’t feel very confident that I will do better the next time. Not very confident at all.

In what ways will Lithium help me with things like this?

My birthdays tend toward melancholy and nostalgia. I know better, and yet that’s how it is. At my age, it is difficult not to look back on the “glory days” that, oddly enough I didn’t know may prove to be the highlights of my life. It’s equally difficult not to regret what projects still have not been finished, what words left unsaid, what relationships abandoned, what dreams yet unrealized.

And so, yet again it is time to reassess. Scrap unworthy goals and set new ones. Determine what is worth pursuing and what paths are better not following. With–statistically speaking–half my life already over, what will I now do? Where will I go, and with whom?

But while I would be lying if I said I don’t want to do more things than I have done, truthfully what I am finding more imperative each day, is HOW I DO THOSE THINGS. That is to say, even if I only do one small thing, did I do it with integrity? Did I persevere until I saw the results I was initially looking for? Or did I allow myself to be dissuaded by nay-sayers (even those that insist in hanging out in my own head)?

At this point in my life, more important than accuracy, or even consistency is authenticity. If there is one thing I will celebrate this year, it is the blessing of still being on the path to being my most authentic self, and showing as much grace and mercy to myself as I show to others. Whatever I do, I will do it with boldness and with tenacity and with joy. Because that is who I am. I will give my strength to what I believe I should (until I see things differently) and then if need be, I will change my course, because that is OKAY.

This year, I want to live unapologetically–even if I do so quietly. I will accept that I don’t have to be popular, neither on social media, nor in my real human interactions. I will cast out the fear of judgment and criticism of people who have never taken the time to get to know me. I will give myself the love that I know I deserve. I will be my friend. I will embrace every part of me, and wish me well.

I am so glad that my colleagues waited until AFTER I took the Praxis to inform me that not only they, but many people who they know had to take the test more than once in order to pass. I would have been so discouraged to know that some people have tried up to 8 times before finally making a passing score on the Spanish Praxis…

If you have been hired as a Lateral Entry Teacher like I was, then that means you bring something valuable to the table: KNOWLEDGE AND EXPERTISE IN YOUR CONTENT AREA! Be proud of that!

This video was uploaded to my youtube channel back in August 2016 and I should have posted it here as well. (Feel free to follow me on youtube as well!) I was sooo excited, knowing it would be my first year teaching an advanced level. We are now at mid-year and yes, I feel drained beyond belief and yet strangely happy because of how I and my students have grown. If you speak Spanish, enjoy. If not, don’t worry: I have plenty of videos in English, too! lol.

When you have finally gotten old enough to embrace and enjoy the skin you’re in without struggle and without shame. #heritage #history #herstory #black
#paramahansayogananda said: conserve the vital energy, follow a balanced diet, and ALWAYS #smile and #behappy. This is my goal today and everyday. #happybirthdaytome again and thanks to #ayurveda I don’t feel a day older! #🙏 #thankful #theworld
#happybirthday #happybirthdaytome #alegre #contenta #sonriente #agradecida #bendecida #aquarius #7
#merrychristmas #happynewyear #feliznavidad #prosperoañonuevo
“This morning when I rose...” y’all don’t know nothing bout them old songs! #happy #healed #blessed
Hello World!! Everybody help me welcome my granddaughter KAIYAH ROSE! Born this morning at 5:53 a.m. #newborn #amor
One day I decided to BE the woman I most admire. That was the day I learned to neither embrace your approval nor dread your critique. I now have all the benefits and privileges of being my most #authentic #self ! I celebrate my freedom and identity that is liberated from your opinion. Oh #joy ! (#nofilter )
End if another school year!! #teacher #teacherlife #diosesbueno #vacation #summer
When you really don’t want to go to the prom, but your job requires it 😖Cuando no quieres ir al Baile pero tu trabajo te obliga...#chaperona #prom 2019 #dontwanna #raingoaway #beingmyowndate #teacherduty #smileanyway
Supposed to be cleaning up my house...#praise #worship #alabanza #adoracion

Toward an Authentic Me
Create a free website or blog at WordPress.com.